Towards the end of August,  Hurricane Ida made landfall in the state of Louisiana.  Around noon on the 29th of August, the Hurricane came ashore with sustained winds of 150 miles per hour, pushing a storm surge onto the coast of Louisiana. Research states that the storm lingered over southern Louisiana, resulting in flooding of local communities. The pace at which the storm hit caused tremendous damage to drinking water infrastructure and contributed to power outages across the state. The unfortunate aftermath of Hurricane Ida left Louisiana with more than 1 million residents, customers, households, and businesses without power on August 30th. After it was all said and done, the Hurricane was recorded as the second most damaging and intense hurricane to hit the state.

As a result, the nation is now banding together to help support with relief efforts. With power outages, roads blocked, and essential services disrupted in many places, altruistic initiatives are continuously being undertaken. In early September, Ansell teamed up with Schlumberger and donated hand and body protective equipment to Schlumberger employees leading volunteer relief efforts in Houma, LA where hurricane Ida hit particularly hard. Ansell donated approximately 6 pallets worth of PPE to Schlumberger, hoping to provide some relief and help to the local community during post cleanup activities. An additional image from the glove donation has been included below.

Ansell sends their best wishes and support to all of those affected by the outcome of Hurricane Ida. We hope that the local community can recover in time from the tragedy that this natural disaster caused. 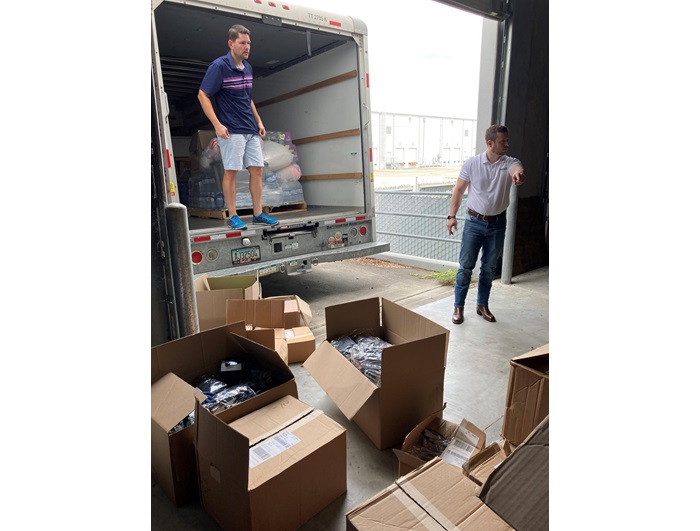